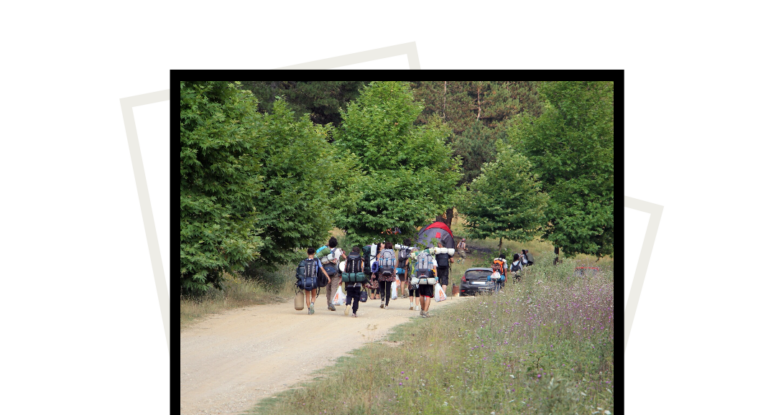 This past year I was given a 17-year-old camper to lead for Teen Leadership Camp weekend. We’ll call her Sherrie. Sherrie was a particularly complicated girl. At times she was so mature but could suddenly switch over to reveal the broken heart of a very needy child.

She informed me how much she despises team building activities at camp because she never wants to be touched without her consent. As Sherrie spoke, she opened up about her years of sexual abuse and how difficult it is for her to accept physical contact from others.

Sherrie told me she considered herself to be a Christian, but she didn’t believe God existed. I told her it wasn’t possible to have it both ways…that being a Christian required faith in God. Then she explained that she didn’t believe He existed because He never answered her when she called for help during those years of abuse. I momentarily wondered if I should have somehow better prepared myself to answer this deep theological conundrum. You see, before camp, I found myself worrying I wasn’t spiritually “fit” or “adequate” enough to lead these teens.

I took a breath and told Sherrie that I don’t understand why God doesn’t always rescue us when we ask, but I did know that He had a plan to make something beautiful out of her life if she would let Him. Sherrie became extremely angry at that moment and began to shut me out. I told her I would be praying that God would reveal Himself to her and that she would experience the great peace He has to offer. She responded, “Whatever floats your boat,” and walked away.

Our next activity was chapel. I found Sherrie sitting alone so I sat by her, making sure to give her plenty of space. As chapel went on, she slid a little closer and a closer to me until she was right next to me. Then she held my hand. Then she leaned. Then her head was on my shoulder. Finally, her other hand found its way into the front pocket of my sweatshirt where she clutched tighter and tighter onto the fabric to the point where I’m certain her knuckles were white. I wrapped my arms around her in a big bear hug, rocked her, and told her I loved her.

Sherrie and I stayed in the chapel, and I never let go. I hugged and cried. That was my job. That’s what God put me there for at that very moment. I told her I was so sorry for all the pain she had gone through. She never pulled away once. It reminded me of holding my own girls when they were toddlers.

Later after all the campers had gone home, one of the other counselors told me that Sherrie had shared with her about our time in the chapel where we had held each other so tightly. Sherrie told her that it had meant more to her than I would ever know because she’s never felt that safe around someone, someone who could hold her, listen to her, and love her in her most honest and vulnerable state.

That truly was my job that weekend. Not to be a spiritual encyclopedia, but to be the hands and feet of Christ. To love with Christ’s love. To be available.

We’d like to extend our heartfelt thanks for your support and partnership with TLF, which has made events like this possible. It’s national foster care month, and we want to thank you for supporting us.